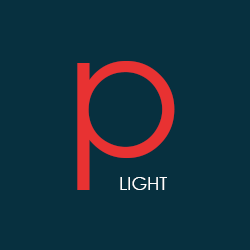 History of the Light House Project

The Light House Project was founded in 2015 by friends and family of Deah, Yusor, and Rezan after the three were murdered in a hate crime. These three bright souls touched their community at home and abroad through community service and humanitarian work. Deah’s parents left him a house to rent out as a way to pay for college, yet he put this money right back into the community and used it to purchase materials for dental kits for the homeless in Raleigh. This level of dedication and character inspired Deah’s brother, Farris, to start something good from tragedy– a third space where Muslims could build community and engage in projects within their community.

The founders got to work without a plan initially, proceeding based on the desire for change. They renovated the house and brainstormed ideas for the direction of the new organization. At first, they had no concerns they just wanted to help, but in hindsight, they didn’t know what they were getting themselves into– they figured it out along the way. In its infant stages, the founders asked themselves: “What are we working on?” “How is the Light House going to fit in with the community?” “What type of resources will we provide?” The answers were provided in time and with trial and error, as well as reflecting on the needs of the community.

The nonblack Muslim community is relatively new in America at about 50 years old. As such, they do not have the same institutions as other communities who have been here longer. For Muslims, there had only been mosques and schools, yet an absence of a third space where those who did not attend either or wanted a social atmosphere could congregate. There was a separation between Muslim and American cultures, and the Light House works to bridge the gap.

The Light House Project has overcome challenges in the past. First and foremost, the founders were unsure of which direction to take the organization. Additionally, they did not know the ins-and-outs of starting and running a nonprofit. They had to learn and acquire people who could assist with the nitty gritty working of nonprofits. The organization had to be sensitive to the people impacted by the tragedy while simultaneously using their legacy for continuous good. Our efforts are far from over, however. We have been successful in empowering the Muslim community, inspiring the youth to pursue their own projects, and expanding our reach.

Our organization is constantly evolving. Sustainability is important to us; we hope to increase funding to sustain our programs and continue to inspire the youth. We aim to do this by bringing in volunteers and staff who not only reach the community in an organic way, but have the knowledge necessary to serve as mentors and grow the organization.